As Islam and Muslims have become a centre of attention for political discussions, knowledge on Islam and Muslims are increasingly tool for political decision-making. As a consequence, Islamic studies scholars navigate in a highly politicised field when communicating their results; they are frequently positioned as political actors and research results as ideological statements.

A central question for researchers within the current debate climate is whether Islamic studies research in Europe and North America is forced into a defensive position by political agendas? How is the current situation contributing to the ongoing formation of academic self-perception and research ideals?

Within the public debate, scholars on Islam and Muslims are often described as naively portraying Muslims as victims of Western domination. Hereby, the argument goes, re-searchers disregard potential links between radicalisation, Islam and terrorism. This critique is worth scrutiny and scholarly self reflection, not least to strengthen the methodological and theoretical starting points for further research. Have our scholarly approaches (methodological, theoretical and philosophical) as a consequence that we avoid certain research topics and stress others overtly? Can we communicate our research results to the public without being positioned as part of a specific political agenda? And how can we fulfill our obligation to publicly disseminate sensitive research results and while maintaining access to the empirical field?

This special issue of the Journal for the Scientific study of Islam (Tidsskrift for Islam-forskning) includes three articles wtitten by Garbi Schmidt,Christine M. Jacobsen and Thomas Hoffmann. Peter P. Mandaville, co-director of the Center for Global Studies at George Mason’s University, U.S.A. has written the introduction. The three articles are all based on presentations made by the authors at an international seminar hosted by FIFO on May 14th and 15th 2007.

We hope you will enjoy this special issue of the Journal for the Scientific study of Islam. 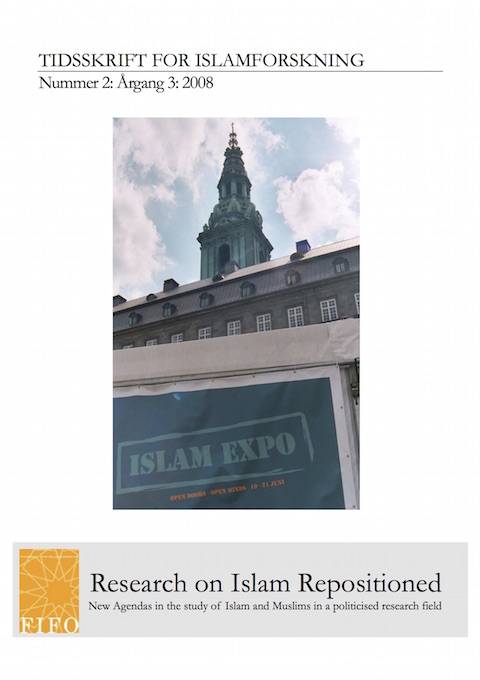 Vol. 3 No. 2 (2008): Research on Islam Repositioned – New Agendas in the study of Islam and Muslims in a politicised research field

Hosted by the Royal Danish Library