Muḥajababes. Meet the new fashionable, attractive and extrovert Muslim woman. A study of the ḥijābpractice among individualized young Muslim women in Denmark

This paper examines how individualization changes young Muslims women’s interpretation of the headscarf as a religious tradition in their everyday life. Based on observation and indepth interviews this paper studies the reflections and considerations that underlie the women's choice to wear the headscarf (ḥijāb), the message they want to send about themselves as a fashionable and attractive headscarf-wearing woman living in Denmark, and last but not least how their interpretations of the headscarf as a religious tradition differ from the theological ones. This study concludes that the individualization changes young Muslim women's interpretation of the ḥijāb by that their choice of wearing a ḥijāb arises not only from their willingness to commit to Islam, but to a greater degree from a desire to express beauty, maturity and individuality as a woman. The hijab gives them the ability to express their beauty as Muslim women, giving them the ability to signal openness, which, according to their beliefs, provides them with easier access to the majority society. Last but not least the ḥijāb becomes a matter of interpretation, not based on the traditional Islamic understandings of the ḥijāb, but on individual reflections and considerations that are largely influenced by contextual conditions characterized among other things by choice, personal autonomy, and authenticity

Abir M. Ismail
Abir M. Ismail is MA in Arab and Islamic studies from University of Aarhus, Denmark. As research assistant, she is part of the Department of Religion dealing with religious studies, history and phenomena of the past and present. She wrote her Masters’ Thesis with the main topic Islam and Muslims in the West with a focus on individualisation, detraditionalization and cosmopolitization of Muslim religiosity and beliefs. 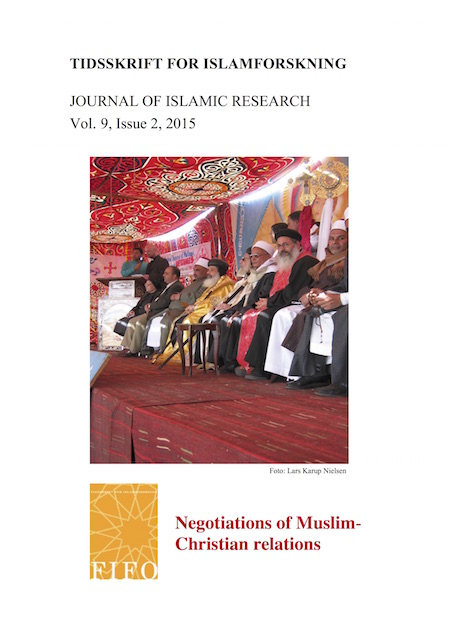